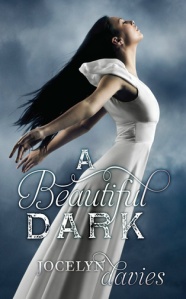 On the night of Skye’s seventeenth birthday, she meets two enigmatic strangers. Complete opposites–like fire and ice–Asher is dark and wild, while Devin is fair and aloof. Their sudden appearance sends Skye’s life into a tailspin. She has no idea what they want, or why they seem to follow her every move–only that their presence coincides with a flurry of strange events. Soon she begins to doubt not just the identity of the two boys, but also the truth about her own past.

In the dead of a bitingly cold Colorado winter, Skye finds herself coming to terms with the impossible secret that threatens to shatter her world. Torn between Asher, who she can’t help falling for, and Devin, who she can’t stay away from, the consequences of Skye’s choice will reach further than the three of them could ever imagine.

Final Thoughts:
I love the cover for this book, but what I found inside, not so much. When you’re reading YA, you’re invariably going to come across familiar themes. This one has plenty, from dead parents, to the annoying best friend and even the love triangle. I don’t mind these things most of the time and usually find myself swept up in the book. Unfortunately this time, it didn’t happen.

I’m sure a lot of people are going to like this, but I just wasn’t one of them. It’s kind of like Hush, Hush in a way, but unlike that one, I didn’t find myself addicted. By the time I’d reached chapter two, I was already rolling my eyes at our main character’s instant attraction to the mysterious, kind of cocky, guy lurking in the shadows. In that same chapter, she already has another new guy fighting over her with said cocky guy, plus a friend who dubs himself the ‘Sexy Handyman’, who is also head over heels for her, much to her dismay. 3 guys, yes, this is where you check your logic at the door.

Skye, is the straight-A student, never tardy, that is until she runs into her mysterious guy/stalker outside school the next morning. She also happens upon his fighting opponent in the halls. They’re suddenly both enrolled at her school, in all of her classes, seemingly popping up everywhere. They also seem to know too many personal details about her. I did mention they were stalkerish, right? Asher’s tall, dark and gorgeous, with an ego just as big. While Devin is the quiet, blue eyed blonde, who’s almost always zen… well whenever Asher isn’t around.

I don’t know what rubbed me so wrong about this book, but I seemed to be angry while reading it. I’m disappointed because I really wanted to like it. It did improve though, so if you can stick it out through the first half, you might end up liking it. I read this one in two sittings, stopping at the midway point. I needed to calm down, I think. There was so much angst in the first half with very little plot. Skye’s a character who was very much into avoiding people, and that just annoyed me. Her moods seemed to change very quickly too, making her hard to grasp. One minute, everything would be fine, and then she would snap. Or she could be ranting and then with a few kind words from one of the boys and she’d be swooning.

Despite this, there was a feeling I got from the book that gave it a sort of realism. I don’t know how to explain it, some books have it and some don’t. Their circle of friends and their lives in general were believable. I liked Dan the most out of the four of them. He was the most level-headed and managed to get in a few good quips the few times we saw him. Ian (Sexy Handyman) on the other hand, felt a little like a prop. His part of the story wasn’t really necessary and I think the author realised that partway through. Cassie, the best friend, as I said, annoyed me. She’s the kind who’s in your face with gossip and bugging you about relationships. Enough said.

I think I would have enjoyed this one a lot more, had the romance been center stage. Instead we’re left with only hints at it, and confusing ones at that. It’s hard to pick which side of the love triangle to fall on. At the moment, I’d probably pick neither or both. Each guy is definitely flawed. Quick tempers seem to be the problem all around. Each guy is attracted to Skye, that much is clear, but the hatred between both boys appears to be the driving force. The plot, when it finally manifested, was actually interesting. There is potential in this that I’d like to explore. But it felt like the book ended way to soon, nothing was really accomplished. So I’m left staring at the final page wondering what happened. Hopefully now that I’ve got the ‘introduction’ part over and done with, the second one will make up for it all.

Recommended to:
If you like Hush, Hush and can deal with clichés and irrational tempers, then you might enjoy this.