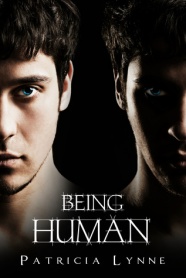 For Tommy, there is only one thing he needs to do: survive.

Only surviving isn’t that easy. The hunt for blood can be tricky when humans know to fear the night. Desire sits on the edge of his mind, urging him to become the monster humans think he is. Vampire Forces, a special branch of police, is determined to turn every vampire to ash. Tommy included.

The only human Tommy can trust is his twin brother. A bond connects them, and with Danny’s help, Tommy starts to understand the human world he struggles to survive in. He’ll learn what friendships means and feel the sting of betrayal, find that sometimes the worst monsters are very human, and come to understand that family means more than blood.

Tommy just wants to survive and he knows what he needs to do. But with the number of humans that mean more to him than a meal growing, he’ll learn there’s more to life than simple survival. He’ll discover being human doesn’t mean being a human.

Final Thoughts:
Why can’t I find a nice, boring book that won’t wrench apart my insides? This is the third one in the past week. I can’t handle it. Stop writing amazing books people. With that said, I can’t believe I took so long to get around to this one. With the simple, yet eerily awesome dark cover begging me to open it up and read, I have to wonder what the hell was wrong with me. I shouldn’t have kept Tommy waiting. There were so many times that my eyes teared up leaving me blinking away the blurry vision so I could keep reading, that I lost count. Being Human took me through so many emotions—both good and bad—there was just simply no way to put it down. It’s what I loved about it. There were never moments where I felt like nothing was happening. The staggered insight into Tommy’s life after being turned was just too riveting.

The book was incredibly bittersweet, using time slips that liken it to the ageless progression of the main character in Bicentennial Man. It would be incredibly disconcerting watching someone stay the same while you grew older, made especially worse when that person was your identical twin. While Tommy’s brother, Danny, doesn’t have his own POV displaying any of this, it is an interesting concept to mull over. The twin-bond between the two of them was heartbreakingly sweet—I’m tearing up again thinking about everything they went through together as I write this—Tommy willing to kill anyone just to keep his brother happy, and Danny repeatedly trying to reassure his brother that he’d always be there for him.

Even though Tommy didn’t actually age as the book progressed, I felt his maturity grow with each time slip. I was finding it harder and harder to picture him as a fifteen year old. Always inquisitive about the most mundane of things, as well as the important stuff, he acquired knowledge and showed that he put it to use. The changes in both brothers were just as interesting as each other. Danny going from a teen all the way through to his thirties kind of depressed me, but their relationship was still a real joy to read. I’m not quite sure where the depression comes from, but I remember the exact same feelings being brought about by the flash forward Will and Grace finale. Weird, I know.

The vampirism was shown with such realism—I don’t know how that’s possible, but that’s what it felt like. The idea of memories of the vampire’s human life being lost after their transformation was one I hadn’t come by before. Usually vampires are wallowing over their old life, trying not to hurt a fly whenever they get hungry; or even born vampire and completely well adjusted—Tommy’s kind of vampire was a welcome change. His creepiness was just too perfect. I can see it in my head: the unnerving head tilts, the lack of emotion in his voice and his forced smiles. I also loved the differences explained between need and desire. Survival required feeding and humans provided that food, but killing for the sake of killing wasn’t the objective.

It was interesting the way vampires could be equated with just about any minority/outcast group you can think of in this novel. By showing Tommy’s multifaceted nature, his internal war and all the goodness that he possesses and then comparing it to the herd mentality of utter hatred directed at those who these supposedly good people have never even met, an unwillingness to educate themselves and an eager desire to eradicate anyone not of the norm, it really makes you think who should be allowed to call themselves human. Now, I could go into detail over every little bit of each and every time slip that I enjoyed, the different people Tommy met and bonded with, his confusion, his happiness, his pain, but then you wouldn’t get to experience it all for yourself. If you want something that makes you feel, you need to read this book.

Recommended to:
Those after an emotional story of brotherhood, vampires and finding what being human is really about.