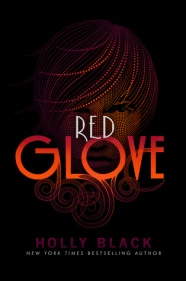 The cons get craftier and the stakes rise ever higher in the riveting sequel to White Cat. After rescuing his brothers from Zacharov’s retribution and finding out that Lila, the girl he has loved his whole life, will never, ever be his, Cassel is trying to reestablish some kind of normalcy in his life. That was never going to be easy for someone from a worker family that’s tied to one of the big crime families–and whose mother’s cons get more reckless by the day.

But Cassel is coming to terms with what it means to be a transformation worker, and he’s figuring out how to have friends.Except normal doesn’t last very long. Soon Cassel is being courted by both sides of the law and is forced to confront his past–a past he remembers only in scattered fragments, and one that could destroy his family and his future. Cassel will have to decide whose side he wants to be on, because neutrality is not an option. And then he will have to pull off his biggest con ever to survive….

Final Thoughts:
Over a month. I spent over a month picking up and putting this one back down. It just didn’t hook me the same way that White Cat did. While continuing directly on from the previous cliffhanger, a lot of the intrigue had deflated from the plot. I couldn’t find myself interested enough to really want to read this one. I enjoyed all of the characters, Cassel’s sneaky ways, and especially getting to learn more about the side characters—but in a way, that was also what brought things down for me. The mystery, the mob, and the paranormal aspects of the curse working became ancillary to the Lila/Cassel, Sam/Deneca drama.

There was just something about the first book that sucked me in, and had me gushing. I really loved this series, or at least the start of it. But coming out of Red Glove, I don’t feel particularly excited for Black Heart. I’ll read it, of course, but it’s not on my must-grab list any time soon. With a slow plot, I wasn’t particularly sure where things were going, or what the tension was supposed to be. I didn’t have many moments fearful for Cassel’s safety, nor were there any great cons leaving me grinning at their intelligence.

The curse working made a few small appearances throughout the book, but they weren’t really explored in any depth. A lot of time was spent talking on worker’s rights and on whether Cassel had the willpower to resist Lila throwing herself at him because of her worker-induced obsession. As such, it tended to let things down on the action front. I don’t need heaps of sword fights, and the like to enjoy something, but this was a book that could have used them.

I wasn’t a fan of the technique used in resolving the main plot. When a character figures something out, especially if they’re the main point of view, I want to know about it, not have them keeping things to themselves—we’re supposed to be in their head after all. Even with that prolonged reveal though, it still felt like it was tying things up too abruptly. It just lacked the suspense. There were opportunities to shake things up, even led towards, but they were skipped.

It was really a book for those wanting to see more of the interpersonal relationships of the four teens. I liked Sam in the first book, and enjoyed him getting more page time, but I would have liked it even more had the same on-edge dynamic been maintained. Still, I thought the progress we made between them this time did make up for a lot of the angst. I just hope that when I get around to the next one, it picks things up and heaves it all in with a heavy serving of tension, magic and most of all, conning.

Recommended to:
Those who enjoy high school angst and family drama laced with political issues.