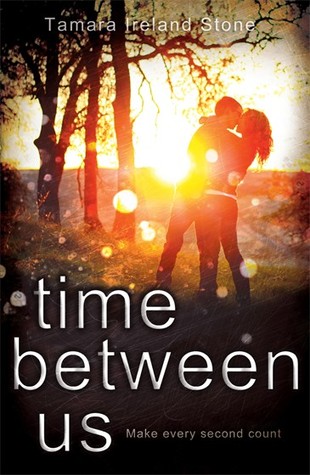 Anna and Bennett were never supposed to meet. Why would they? Anna is sixteen in 1995, fiercely determined to leave her quiet town and finally travel the world. Bennett’s seventeen in 2012, living in San Francisco and trying to control his ability to travel through time – an incredible gift, but also an unpredictable curse, which constantly threatens to separate him from the people he loves.

When Bennett suddenly finds himself in Anna’s world, they are inescapably drawn to one another – it’s almost as if they have met before. But they both know, deep down, that it can never last. For no matter how desperate Bennett is to stay with Anna, his condition will inevitably knock him right back to where he belongs – and Anna will be left to pick up the pieces.

Final Thoughts:
I’ve always been quite fond of time travel, and recently, I’ve gotten into contemporaries. This book seems to combine the two in a way that could easily pass as a contemporary romance; and not just if you took out the fact that the boy is from the future. It focussed quite a bit on the romance. Still, it was a bit hit-and-miss for me, though. I found stretches of the book had me hooked, keeping me speeding through the chapters, yet others fell a bit on the slow side. It was still good though, and I hand that to the characters. Anna actually had some personality to her, and while I may not have agreed with her at every moment, she wasn’t one of those characters too stupid to live—definitely a plus when you’re trying to enjoy a book.

The time travelling aspect of the book comes in a more a perk to their relationship, allowing them to go see other parts of the world, rather than the big plot point the blurb makes it out to be. There are no secret labs, secret agents or any kinds of explanations as to how it’s possible. It just is. If you can accept it at face value and dive into the romance, the friendships, the little bits of angst, you’ll enjoy it more than someone looking for another Tempest. While I love convoluted, action-filled plots, it was refreshing to read something with time travel that didn’t involve apocalyptic futures, multiple world-lines and whatnot.

It wasn’t completely tame though. Inserting a world-breaker event part way through, it explores the time travel concept on another level, between the characters, bringing up issues such as free will and moral obligations. I don’t think it went as deep as it could have, but I liked the direction it was heading. And with a sequel out already, I’m hoping that both their relationship and the bounds of Bennett’s ability gets tested further.

Bennett and Anna work as a couple, but they aren’t my favourite for the fact that they ‘give in’ to each other too easily. Their relationship has a nice build up over the course of the book, but whenever the issues start popping up, they seem to be quashed in favour of getting back to ‘happy time’. Complicated relationships are interesting relationships. Anna’s best friend, Emma, getting involved with her other best friend was interesting.

I think for a first book, it does its job well. Not perfect, but well enough to get me coming back for a second round. Plus, it gets props for having both of Anna’s parents alive and in the picture.

Recommended to:
Those after something with friendship and time travelling romance.