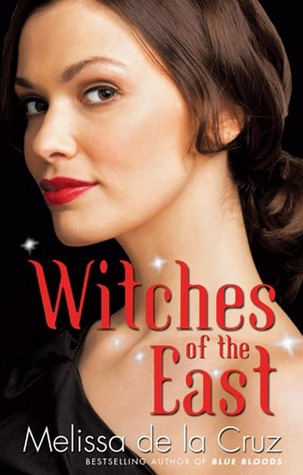 Freya, Ingrid and Joanna Beauchamp love their sleepy life in the East Hamptons. A new engagement, promotion at work, a happy home – its all going perfectly. And, to top it off, no one’s come close to discovering the secret of what they can really do in hundreds of years. But throw a few accidental love potions in the mix the Beauchamp girls are going to need more than a broomstick to clean up this mess…

Final Thoughts: This review is arriving a bit late to the party – I finished the book in early August just so I could watch the TV series without the risk of spoilers. Now season one of the series has ended in Australia and I still have yet to write about the book itself. Witches of the East (or Witches of East End depending on the edition), would you believe it or not, was the first book I’ve read about witches – WHAT?! – but I think it was an excellent intro to the genre. Part of my liking it had to do with the fact that the main characters are not teenagers, nor are they whiny or self-obsessed. Rather they are a mother and two daughters, each with secure jobs, stable friendships, and positive attitudes, and who’re in complete knowledge and command of their supernatural powers.

Getting to know the Beauchamp girls was just a treat. The chapters alternate between the POV of all three of them, and, surprisingly it worked out really well. The plot-lines diverge a smidgen between the girls, and there were times when I needed to stop and remember who knew what and so forth, but I felt over-all that there was a good balance, and no POV switch seemed forced or out of place. Best of all I felt that I had connected on about the same level with all three of them.

The incorporation of Norse mythology into the histories of the main characters was just awesome for me. I love me a little bit of the Norse, so it really helped me along with all the world-building going on. Plus, I thought it was cool whenever they made reference to myth and I knew exactly what they were talking about. Aside from that, it was great to have non-textbook witches (They do have wands, ride brooms, and their own familiars, but read it and you will understand what I mean). As opposed to ‘discovering’ their magic, the Beauchamp girls have been prohibited for centuries by the other-worldly ‘Council’ to use it at all, but at last work up the courage to once again use their powers. I thought it was a much better set-up than just “We’re witches, it runs in the family!”

Although the plot is slow paced as the girls begin to notice the dark magic that is taking hold of their town, the tension keeps on growing and growing as the mystery begins to unravel. Another advantage of the three points of view was that they weren’t one big team walking down the same street, finding every clue together as a family, shouting “Yippee, working together is fun!” It ends up taking a while for the three girls to actually come together and work it out, because they each have their own issues and agendas which get in the way.

The twist at the end amazed me; I thought I had figured everything out, but then I was hit up the side of the head with it. However what followed the climax was seemingly a cheap spiel explaining every unresolved plot-point as if verbatim from the author’s notes. It was entertaining, and I don’t think it marred the overall experience, but the final chapter ran on a bit too much like a lecture. The epilogue was more befitting, and really left me on a cliff-hanger. I definitely would like to continue the series if I can get my hands on the other books – this one was found all alone in a bargain-bin store.

Recommended to: People who love supernatural dramas, with a big old mix of romance and spooky mystery. Be aware that there is some mature content in this book.