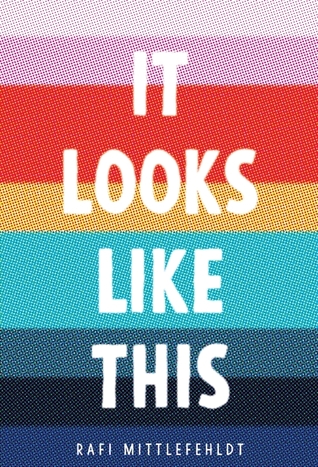 Final Thoughts:
This little book held me hostage. I went from loving it to wanting to strangle it and break free. With tears threatening my eyes, I read this book during my lunch breaks this week, surprised by how many emotions it managed to bring out of me. Mike’s story, while tragic, gave a refreshing (and angering) view into what it’s like growing up gay in a religious family. I don’t know if I would have wanted to read this back when I was figuring things out in my teens, but I could handle it now.

At almost fifteen, Mike comes across as mature in the way he views the world. He’s in his first year of high school, having just moved to a new town (yes, clichéd, but I forgave it—his friends, classes etc. were already established at the beginning). We spend a bit of time seeing which teachers he likes, which ones he doesn’t, giving us a general reminder of what high school was like. With a bully targeting him, Mike’s life doesn’t seem very bright in the beginning, not until the introduction of Sean.

But things weren’t that easy—not when his family’s religious nonsense came into it. I’m not sure what religion they were, but I didn’t like it. There’s a strong threatening vibe that it brings about, especially in Mike’s family dynamic. Conforming is imperative, yet unfortunately for his parents, both Mike and his little sister, Toby, aren’t the perfect children in their eyes. Toby had to be one of the better characters in the book. At eleven or twelve, she came across as much wiser, knowing when someone was feeding her bullshit. Fiercely protective of her older brother, the love she had for him was most definitely unconditional. We need more Tobys.

The inclusion of a gay conversion camp threw me. I was hoping it wouldn’t go there—because I as a reader, didn’t want to—but I kind of expected it with how deeply rooted the religious beliefs of these characters’ families were. I found the depiction of Inner Peace, or whatever nonsense this place was called, disturbing to say the least. Teaching the teenagers to inflict pain on themselves as a way of circumventing their ‘impure’ thoughts just irked me. I lose words trying to think of what these places must do to the minds of already vulnerable people. The ‘hugging therapy’ scene with the pastor just pushed me over the edge. I was enraged reading this, and just wanted to get back Mike’s everyday life back home, hoping his family would somehow get their shit together and just love him.

But no, another punch to the heart took me down again.

I don’t know if I loved this book or hated it. I was gripped, but it wasn’t always a happy kind of gripped. I cheered on some of the characters and wanted to tear the others a new one. I feel like there was real character growth here, but at what expense? I got the impression that things will get better, but you have to go through a whole lot of heartache first.

Poor Mike, I don’t regret the week I spent with you, but I think I need something light and fun now to put me back together.

Recommended to:
Twenty-somethings that can handle their heart being stomped all over.