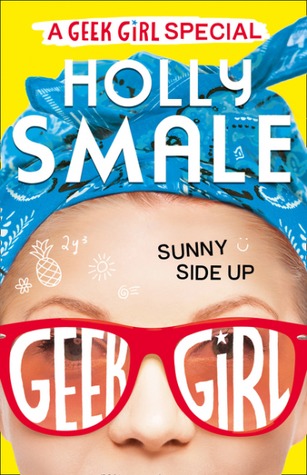 Final Thoughts:
Surprisingly, this time around, I don’t think Harriet managed to annoy me. Actually, I found myself really enjoying this novella, and can’t wait to get straight into the final book next. Ditching the majority of the cast, it’s just Harriet and Wilbur off in Paris for fashion week, and honestly, that worked for me. It gave Harriet more time to unravel all by herself. Finding mayhem with practically everything she does, this was a blast. And despite its short page count, it somehow manages to pack into it not one, but three modelling misadventures.

I think the lack of a supporting cast probably helped this along. It let us focus on Paris, the modelling jobs, and it left Harriet to her own devices—which is never a good idea, but oh so much fun to read. A couple of familiar faces pop up throughout, but the bulk of it is just Harriet getting from job to job, convincing herself (and Wilbur) that things won’t go wrong, but not being surprised when they do. I enjoyed that about Harriet. It felt like she’d grown from where she was four books ago. She seemed a lot less inclined to spout random facts at people now. This was even more prominent while reading the short story in the back of the book showing us Nick’s point of view during their first meeting. Harriet was so different back then.

It’s amusing how much luck seems to favour Harriet despite her mishaps. She manages to work her way out of a lot of problems with solutions seemingly out of nowhere. But then, if everything fell apart for her, there’d be no book left. Perhaps that’s coming next time. Still, I’m ready for it.