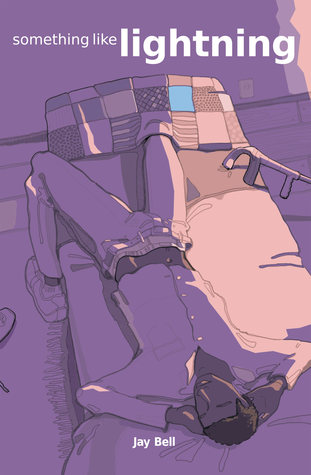 Kelly Phillips has been out and proud since he was a young teenager, and thanks to the gay youth group he frequents, he’s never been short on friends or lovers. But when you have almost everything, it’s hard not to focus on what’s just out of reach: A best friend, who would be Mr. Right if he wasn’t already Mr. Straight. Or that handsome athlete at school, who would be easier to wrangle if not for his angel wings. And then there’s the guy who might be a perfect fit, maybe even a soulmate… if only he wasn’t convinced he didn’t need anyone at all. Kelly has always been good at running. Now he must learn to chase, which will not only test his endurance, but the durability of his heart as well.

Final Thoughts:
It’s wonderful going into each new instalment of this series and seeing it through new eyes. This time Kelly took the reins. Previously a side character, and one in the way at that I’m finding myself amazed at how one person’s viewpoint of others can skew your own opinions so much. No longer an obstacle to sneak around, Kelly’s own tale had me enthralled.

And then we met Jared. Best Friend. Homophobe. Dickwad. You get the gist. Watching Kelly’s world all apart felt harsh, but it only got harsher.

This really wasn’t a happy story.

Introducing William, pure and sweet, the perfect boyfriend, should have been the turning point in the story, but coming into this with knowledge of the previous book just put a dampener on the romance for me. Not only does Kelly—a boy dreaming of running to the Olympics—lose his leg in an “accident” with William, but his romance heads down the gurgler too.

Watching the beginning right through to the end of their relationship was tough, but it added to Kelly’s persona. The boy he was in the beginning felt more moulded, more real by the time we had gotten to the end.

I particularly liked the side of Marcello, the rich older gay, we saw this time around. Yes, he’s still cheeky, living lie the way he wants to, be he also shows his heart through his actions for those close to him. A book from his perspective could be quite interesting.

I think my only qualm this time was the pacing. Instead of switching up the time periods as often, it seemed like the middle dragged. For a while there, it was a struggle to get the energy to pick it up again, leading to the two months I spent trying to finish this book. It was a good ride though. Kelly’s story was one worth telling. It just needed less time spent rehashing his doomed relationships and more building up his new love interest toward the end.