In My Mailbox is a meme hosted by The Story Siren, which allows bloggers to share what books they’ve received in the past week. They can be from stores, contests, tours or publishers! 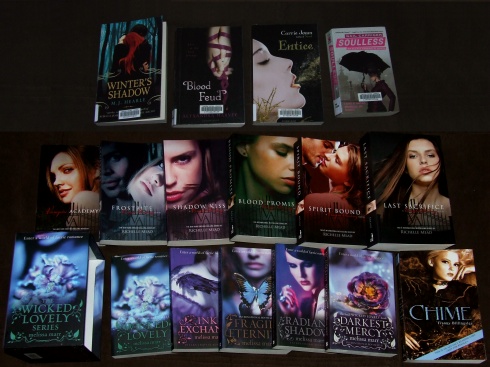 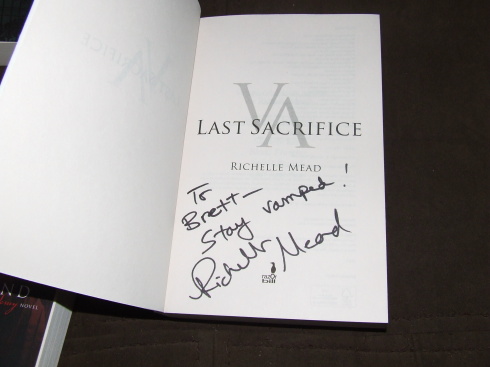 I forgot I’d gone to the library on Monday, so that’s why my first picture is clearly patched together, I didn’t feel like getting all the books back out for a new photo. I managed to pick up the complete Wicked Lovely series this week for $25 from Big W (if you’re in Australia). It was so cheap, and comes housed in a nice hard box, I just had to get it. I’ve only read this first book in the series so far, you can find my review here. Thanks to Jess from She Known As Jess for Chime, which I won in the Midsummer’s Eve giveaway. You probably also noticed my signed Vampire Academy book above. I entered a competition with Penguin Australia at the end of May where you had to come up with a question for Richelle Mead in 25 words or less. I just happened to be one of the ten winners. In addition to having my question answered in an upcoming video, I also got sent the whole series – Thanks so much Penguin. All of the books are personally signed with a different message in each. I’ve only read the first book, so I’m very excited to have these.

Link up to your mailbox and I’ll be sure to check it out!